Pick up your rice paddle and prepare your taste buds because we are going on a flavor trip to Bhutan! This week’s dish is inspired by an escapade to Bhutan we took a few years ago. Did you know that Bhutanese people are some of the happiest people on the planet? Gross National Happiness is their motto!

Red rice is one of the staple foods of the Bhutanese people. I’ve adapted their national dish, called Ema Datshi, meaning ‘chili’ and ‘cheese’, which is among the most famous dishes in Bhutan. In this recipe, nutty red rice is combined with garlic and chilies, then served over grilled Vidalia onion slices and grilled shishito peppers and garnished with a drizzle of sriracha cashew cream. Top with fresh chives to achieve Gross National Deliciousness! 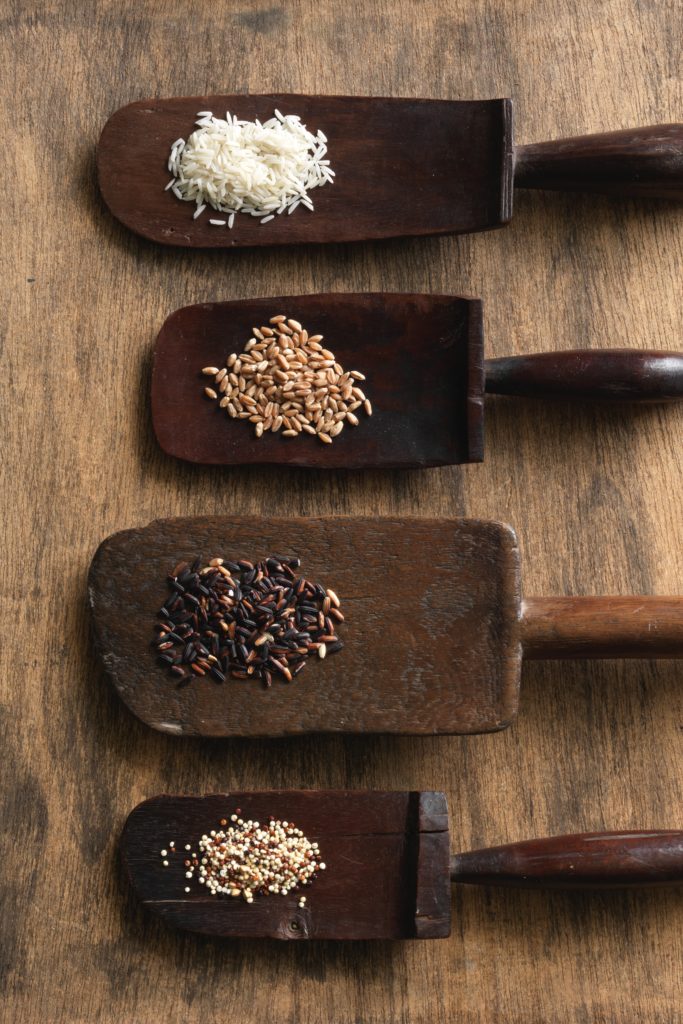 Make the red rice – Rinse the rice in a mesh strainer with cold water then put in a medium saucepan. Add the water and salt. Cover and bring to a boil. Reduce the heat to a simmer and cook for 40 minutes or until the water has evaporated. Turn the heat off and let the rice rest in the pan for 10 minutes. Keep warm. Fluff the rice with a fork before using.

Make the garlic chili oil –  Combine the canola oil, sliced garlic, Aleppo pepper and salt in a small saucepan. Cook over low heat for 5 minutes, or until the garlic is golden brown. Remove from the heat and let cool while you are preparing the other parts of the recipe.

Prepare the grilled onions – Lay the cut Vidalia onion slices on a cutting board. Using metal skewers, pierce the onion slices through the side of each onion slice and push through. Season with salt and pepper and a drizzle of olive oil. Grill on hot grill  for 5 to 7 minutes on each side until onion is tender and has begun to caramelize. Keep warm.

Make the spicy cashew cream – Place all of the ingredients in a high speed blender. Starting on low, blend until the cream sauce gradually increasing the speed to high until the sauce is thick and creamy. Pout into a serving pitcher. Set aside.

Make the shishitos – In a large cast iron pan over medium-high heat, cook the shishito peppers until they bister on all sides.

To plate – On a large platter, Spoon the rice in a mound in the center.