Radicchio, are you ready for your close-up? This is a classic Venetian recipe that I fell in love with at Ristorante Ai Gondolieri in Venice. Pasticcio means mess in English. This recipe is hardly messy and a bit less involved than lasagna. Homemade béchamel sauce, sautéed chopped radicchio trevsio and al dente penne mixed together and baked in a hot oven until golden brown. Serve with an insalata mista and red wine for a delicious winter dinner. 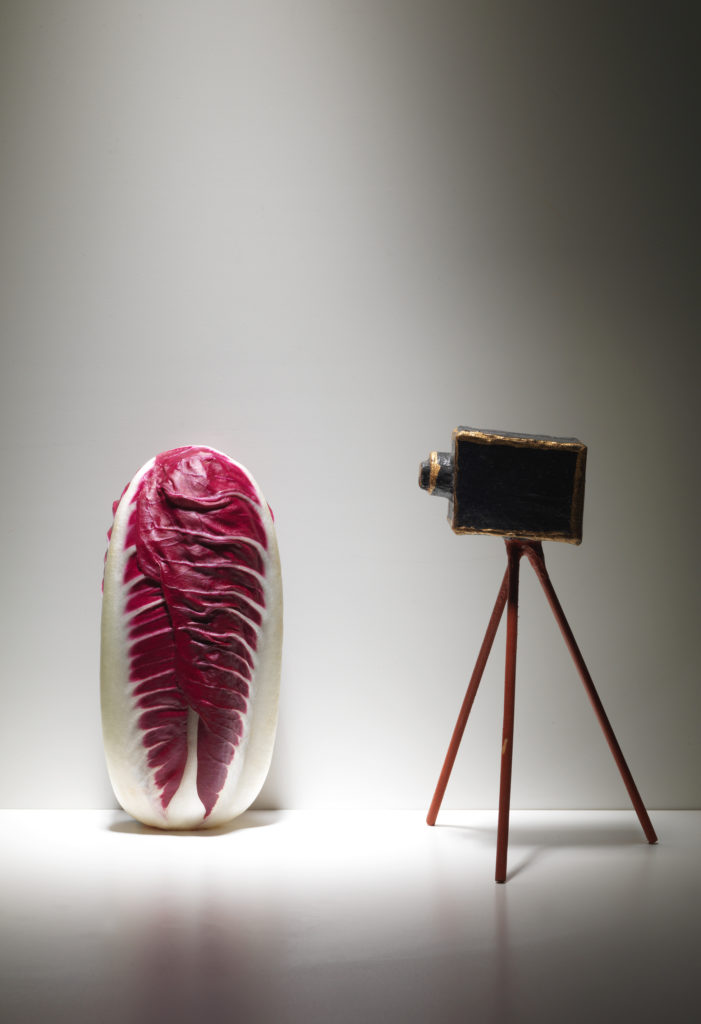 Make the béchamel sauce – Melt the butter in a medium sauce pan over medium heat. Add the shallot and cook until translucent. Add the flour and stir until thickened and golden brown, about 3 minutes. Add the warm milk and whisk until the sauce is thickened. Add the salt, white pepper and some nutmeg and stir to combine. Keep warm.

In a large skillet, heat the olive oil over medium heat. Add the shallots and cook until translucent and slightly brown. Add the chopped radicchio treviso and cook for 2 to 3 minutes until wilted. Add the white wine and cook until the wine has evaporated.

Cook the penne al dente and drain. Note – The penne that I used said to cook 10-12 minutes. I cut the time to 8 minutes.

In the pan that you cooked the penne in –  Combine the béchamel sauce, radicchio and the penne. Mix well. Place in an oiled casserole dish. Top with the cashew parmesan. Bake for 15-21 minutes until golden brown.

To make cashew parmesan – Place ingredients in a small jar. Mix until combined. Store in a jar in the freezer for up to 3 months.