Brrrr! Baby it’s cold outside! Most of the country will be in the middle of an Artic blast this week and that means it’s time for comfort food. Onions are often used in risotto but rarely used as the main ingredient. This creamy risotto combines leeks, shallot, red onions and chives and will warm your soul on a winters night. This recipe makes extra caramelized onions. Extra can be used in quesadillas or tossed with pasta for a quick mid week dinner. Short grain, plump rice is best for risotto. Carnaroli rice is my first choice because of it’s starch content for creaminess and flavor. Second choice Arborio rice is more commonly available, but is not as starchy. If using arborio rice, you must be very careful not to overcook the risotto because arborio rice can turn mushy. Do onions make you cry? Light a votive candle an keep near your cutting board before you peel or slice your onions! 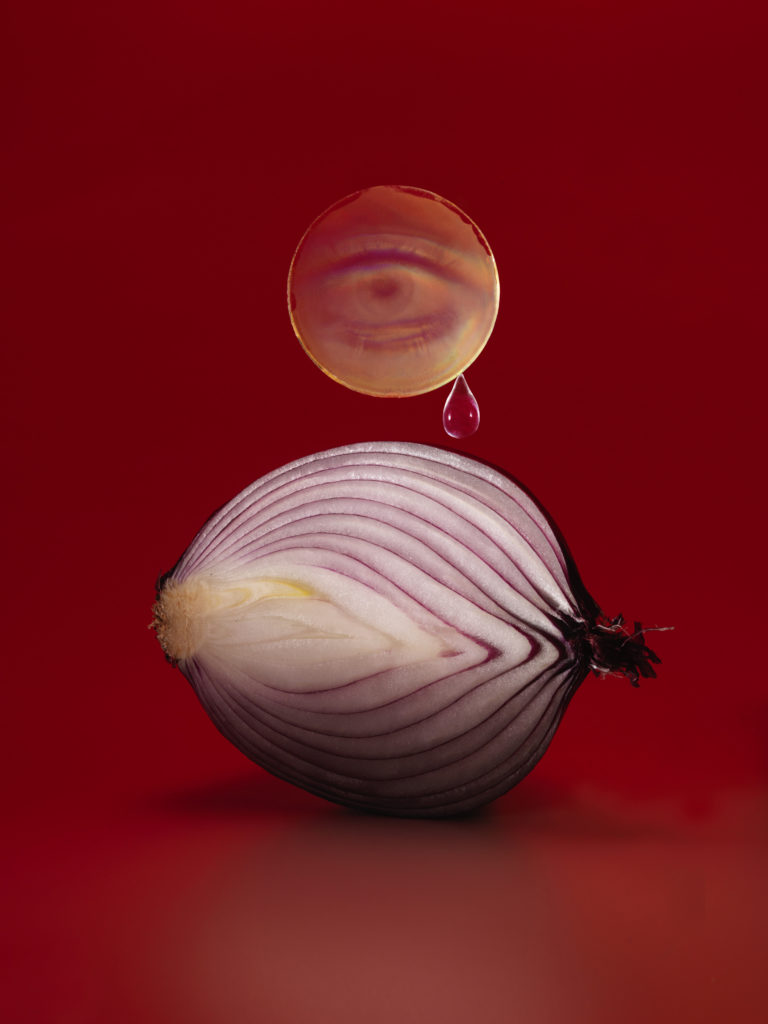 Make the caramelized red onions – Place the red onions in a single layer on a parchment lined baking sheet. Mix the olive oil, melted butter, maple syrup and salt together. Pour over the red onions. Cover and roast for 20 minutes. Remove the foil and carefully turn the wedges over. Cover and return to the oven and roast for an additional 20-25 minutes until the onions are brown and very tender. Drizzle the balsamic vinegar over the onions. Keep the onions warm.

Make the risotto – In a medium saucepan bring the broth to a boil then turn the heat down to a simmer. Rinse the rice under cold water and drain well.

In a large, non-stick saucepan heat the olive oil over medium heat. Add the leeks and shallots and cook for 7-10 minutes, stirring often, until translucent and slightly turning golden brown. Stir in the rice and stir until lightly toasted and coated with oil, about 3 minutes.

Pour in the wine and cook, stirring until the liquid is absorbed.

Remove the pan from the heat, then stir in the vegan butter and cashew parmesan. Divide the risotto between bowls. Season with salt and freshly ground pepper. Top with some caramelized onion wedges and a little of the sauce. Add toppings evenly divided between each bowl. Dust with vinegar powder and serve warm.