Does broccoli make you smarter? The answer is YES! Dark greens like broccoli are packed with antioxidants, including Vitamin C and beta-carotene, which keep your brain healthy.

This Detroit style pizza is packed with broccoli in the crust and toppings. I typically make the Bocconcini and the Dukkah almond parmesan the day before. Loaded with vegetables and less cheese, this pizza with book smart and so are you. 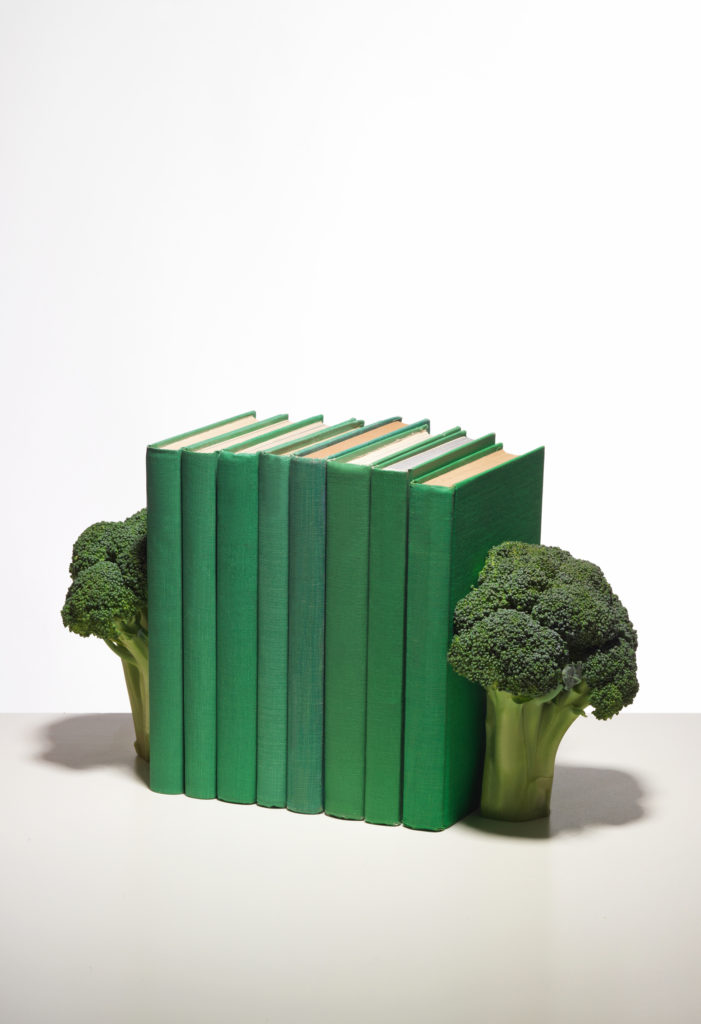 Make the pizza dough – In the bowl of a Kitchenaid® stand mixer with the dough hook, add the warm water, sugar, and yeast. Let rest for 10 minutes. Add the flour, salt and olive oil and mix on slow at first, gradually increasing speed to high. Knead on high for 5 minutes. Add the chopped broccoli and mix on medium until combined. Grease a large bowl, add the dough and cover with a kitchen towel. Allow the dough to rise on the counter for one hour until double in size.

Make the fresh cashew Bocconcini – Prepare an ice water bath and add 2 tsp salt. Combine ½ cup raw cashews and 1⅓ cups water in a high-speed blender. Add ⅓ cup melted refined coconut oil. Blend on high speed until smooth, about 2 minutes. Add 3 tsp kappa carrageenan, ¼ cup tapioca starch, 1 tsp salt, and ¾ tsp lactic acid to the blender. Process until combined. Pour the mixture into a non-stick saucepan and cook, over medium heat, stirring with a silicone spatula, until the mixture is thick and glossy. Spoon tablespoons of the soft cheese into the ice water bath. Chill until ready to serve.

Make the Dukkah Almond Parmesan – Toast the spices as noted and mix all the ingredients together in a small bowl.

Make the Pizza toppings – Steam the broccoli florets for 2-3 minutes until barely tender. Set aside.

Fry the red onions in the olive oil until soft and golden brown, about 10 minutes. Add the golden raisins, balsamic, salt, and pepper, mixing well.

Assemble the pizza – Lightly oil a 10 x 14 Lloyd Detroit style pizza pan. Scatter half of the broccoli and fried red onion mixture on the bottom of the pan. Stretch your pizza dough on top of the broccoli and onions. Let the pizza rest for 30 minutes. Make indentations in the dough with your fingers to create shallow holes. Top with the remaining vegetables and some bocconcini.  I typically use less than half of the recipe and save the rest for Caprese salads.

Bake for 20-25 minutes until golden brown. Sprinkle with the dukkah almond parmesan, cut into rectangles and serve warm with extra parmesan.